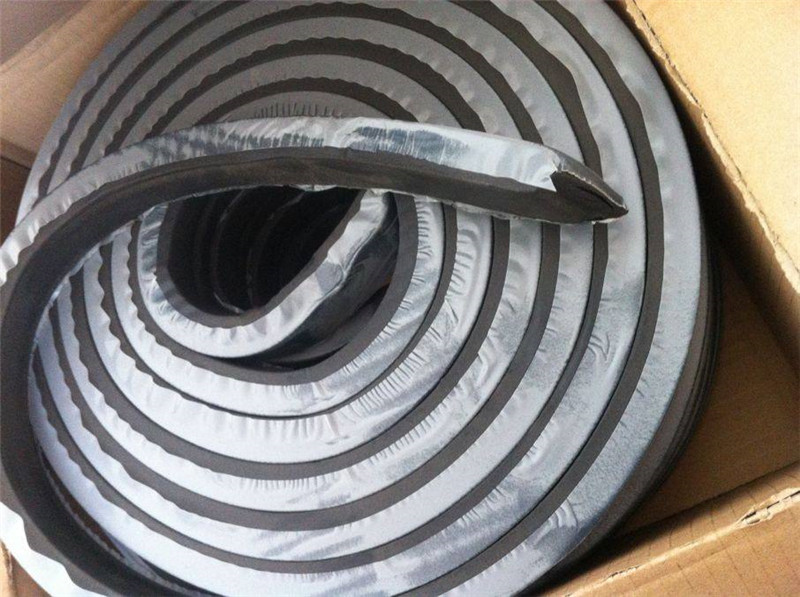 The super absorbent polymer powder is a newly developed functional polymer material having a strong hydrophilic group and having a certain degree of crosslinking. It can absorb hundreds or thousands of times of its own weight of ion-free water. The water-absorbed gel is not easily squeezed out of the water under external pressure. The water-absorbent superabsorbent polymer gel volume is expanded by several hundred times.Due to these characteristics,it can be used in the manufacturing of water stop strip.
The water stop strip is a new type of material that is suitable for preventing water leakage and immersion in civil construction structures. When the rubber is immersed in water, the hydrophilic gene will react with water to form hydrogen bonds, expand itself, fill the gap, and cannot use other methods in the past. The solved construction site can be widely used and easily used.
Performance characteristics:
1. The product type water-expansion water stop strip can be directly pasted on the interface of the concrete construction joint and the post-cast joint by its own viscosity, when the concrete is poured twice (that is, in the state of being wrapped by the concrete).
2. It will gradually expand after encountering water, and the expansion can be artificially controlled. On the one hand, the capillary pores that may exist are blocked to achieve the purpose of stopping the water, and on the other hand, the contact of the concrete interface is made closer, thereby generating a larger water resistance. Pressure creates an impervious plastic colloid.
3. It has a higher expansion ratio than the ordinary water stop belt, and it has strong mobile supplementation. It is placed in the construction joint and has a strong balance self-healing function after the post-sealing joint. It can seal the new tiny gaps due to settlement. For completed projects, such as leaking water, the water-swellable rubber waterstop can be used to re-plug.
4. The engineering cost of using the water stop strip is low and the construction process is simple, and the product has the best corrosion resistance.
Application range:
Water-expansion water-stopping strips are widely used in deformation joints, construction joints, waterproofing seals for pipelines, shielded reinforced concrete joint waterproof seals, interface materials for pipe jacking engineering, underground excavation box culverts Pipeline interface sealing, water conservancy and hydropower, waterway civil engineering waterproof sealing. Construction reference: Before the concrete is poured, the expansion rubber should avoid contact with the objects with moisture. In order to make reliable contact with concrete before construction, the construction surface should be kept dry, clean and the surface should be flattened.
Share